Playground at the top of the Šmarna gora hill is the real reward for children’s persistency, besides the sweets called Miške (sort of donuts). The playground is positioned close to the church from the 18th century (the last reconstruction) and defensive wall which was built around the church due to the Turkish incursions in the 15th century.

The tale clarifies that when Turks were looting through Carniola again, they had agreed on tolling the bell when they had reached the peak. If till noon they had not overcome the defenders of the walls of Šmarna gora, then the other troops should have joined them. The locals had learned about the enemy’s plan and tolled noon at half past eleven. For Turks this was a sign that Gora was already taken over, so the troops turned back halfway to Šmarna Gora.

Children love tolling the small bell which is positioned a bit lower from the mountain top. 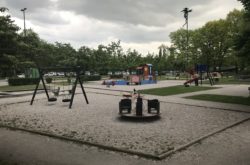 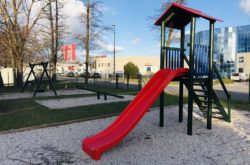 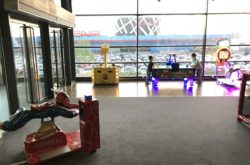 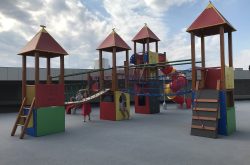 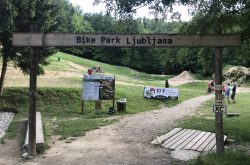 Bike Park Ljubljana is a trail mountain bike park, suitable for riders of all styles and experiences. Read more… 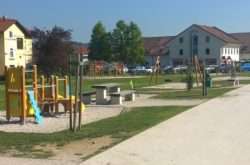